I left, but now I'm back to use this space for the 3rd round of "when's the baby coming?"! (It's the easiest place for everyone to play and to reply to comments). You don't need a livejournal account to play, just comment anonymously, but put your name in the comment so I know who you are!

Here's the deal. If you can guess the exact date Pip will be born and the correct gender, you win a prize (probably something handmade by me). Remember, close only counts with horse shoes and hand grenades, so you have to get it exactly. No one won with Otto, and no one won with Henry. So, let's fill up the calendar and have a winner this time! One guess per person, and no picking a date/gender someone else has already picked! (You can double up with my guess and Sean's, since I'm not giving us prizes.)

Technical details: my "official" due date is June 1. Otto surprised everyone by coming a week before his due date, Henry came a week after his. This pregnancy feels pretty much the same as the other two, but I do feel as if I'm already dropping, so my guess is that this baby is coming earlier rather than later (but I was wrong both times before!). Sean's birthday is 6/7, and his mother and youngest brother share a birthday, so there is a precedent for that sort of thing. Also, if Pip hangs in there until 6/12, there will be the exact same spacing between Henry and Pip as there is between Otto and Henry.

I'm only including the range of dates that would allow me to have Pip at the birth center, so no funny stuff guessing a date outside of that range (I'm looking at you, carny-guy who said this baby is a Cancer). I will of course wait as long as Pip wants to cook, but I'd rather not go over 42 weeks. If we get to the end of this calendar and I'm still pregnant, I'll open it up for new guesses. I will try to update this list as people put their guesses in, but I don't live next to my computer, so you might want to browse comments before guessing to see if your pick is already taken.

jessypie, who created a feed for my new blog!

pipupeepfeed to your friends list to continue reading me on LiveJournal!

LJ was great in the days before social networking sites and before blog readers, but now it's just dying. In case you haven't noticed, I've stopped posting pretty much everything but my daily photos here.

So, I'm moving out. I'll still be here lurking a little bit (some of you don't have other online presences that I know of!) and commenting, but I'm not going to post anymore.

Please do connect with me in one of these other ways:

Read my blog to see my daily photos, as well as art and design projects, announcements, rambles and all that.
View my photostream on Flickr to see all my photos.
Add/follow me on Facebook or Twitter.

(Bonus points to anyone who can set up a feed so my blog will post over here for the die-hard LJers!)

I posted pictures of two more small redwork patches for Pip's quilt and the latest block for my cathedral windows quilt over at my art blog. 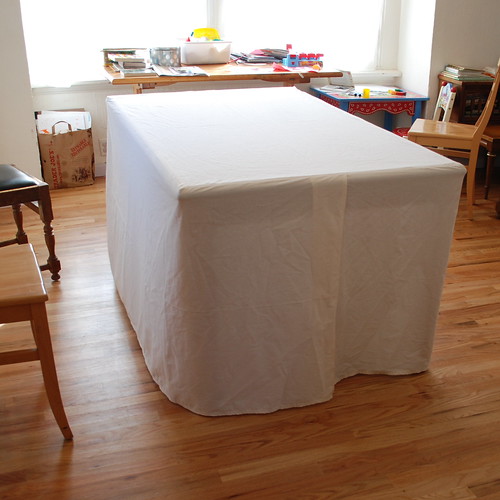 Made this custom cover for our dining room table... 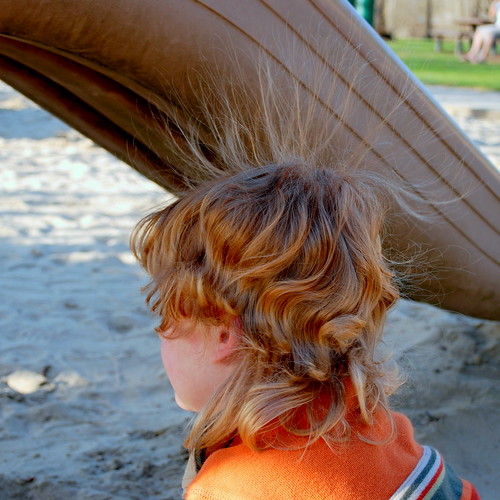 OK, I hate plastic playground slides in general, but I love what happens when Otto plays under them! 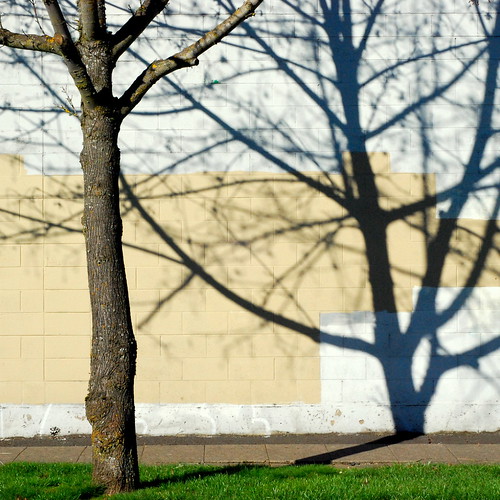 Today was our tenth wedding anniversary. To celebrate, we dropped the kids off with Jen & family and we headed over to Marché for a fancy dinner out. Armed with two gift cards, we were able to indulge in anything we wanted without worrying about the price (a real treat for us!). I of course brought along my camera (or two, shhh!) so I could get pics of the food, but between the low lighting and lens limitations, the pics didn't turn out quite as well as I'd hoped. Oh well, you'll just have to believe me when I say it was beautiful and delicious. 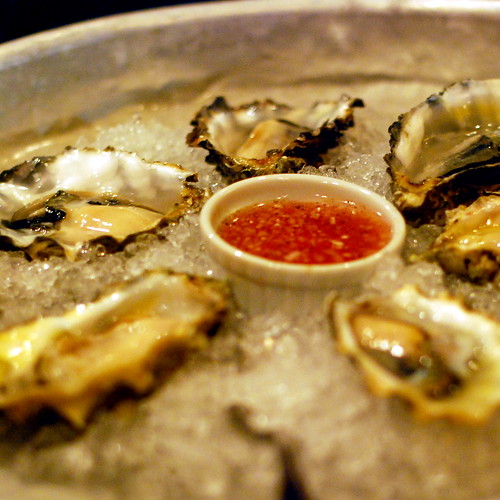 Sean started with oysters on the half shell. I didn't try them (even though I was being fairly food-adventurous), since raw shellfish is one of the things pregnant ladies are not supposed to eat. 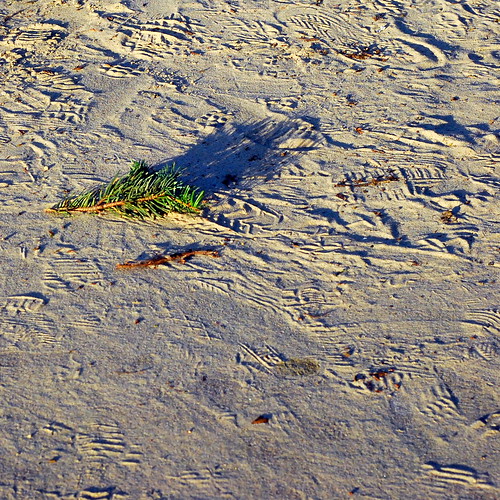 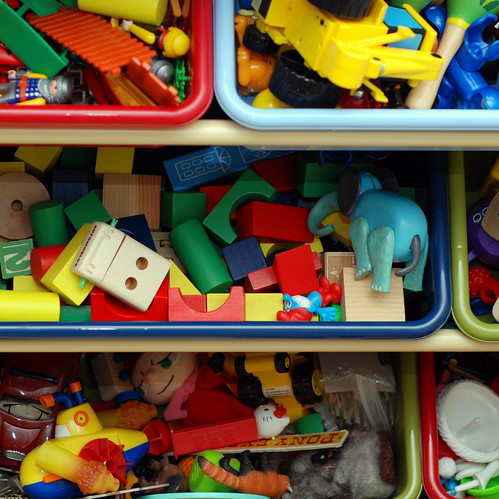